KIDS against PLASTIC - A charity setup by kids, for kids

For us, our desire to make a positive change began when we began studying the UN Global Goals about a year ago. We were being homeschooled by our parents and, being children who have always cared for the environment and the world we live in, they thought it was a fitting topic to work on.

The Global Goals consist of 17 world goals, brought together by the UN, which 193 world leaders have pledged to try and achieve by the year 2030. The goals consist of things like ending poverty, fighting inequality and tackling climate change. But one goal that piqued our interest was number 14: Life Below Water. It was through this that we came across the disastrous impacts that plastic pollution was having on our environment.

Plastic pollution was something that we had, of course come across before. We can all walk along the street and see plastic bottles, cigarette buts or a rogue plastic bag tangled in a tree. But the scale of the problem was what blew us away. To say we were shocked by what we discovered would be an understatement. Little did we know that the plastic items we used and disposed of without much thought would actually be around on the planet forever. Or that such a thing as the Great Pacific Garbage Patch existed, a swirling mass of plastic caught in one of the ocean gyres (natural currents caused by the Earth’s rotation). We found out about the issues with the recycling of plastic bottles, and how very little of them are actually made into new things, and also about the thousands of microbeads that make up the shampoo and body scrubs and toothpaste we use every day.

But what shocked us more than all the facts we discovered was how barely known they were at the time, and how if eco-conscious consumers did want to make more sustainable choices when buying items like bottled water, they weren’t given the option.

That’s when we founded our campaign, Kids Against Plastic. I think our parents were a little surprised when we announced our first goal of getting the UK supermarkets to stock non-plastic packaged water alternatives on their shelves, and single-use plastic bottles off them. It was a big goal, but we were determined – and still are – that we could and would make it happen. We chose plastic bottles as our target, as they’re practically unnecessary in the UK, and there are alternatives to them out there. 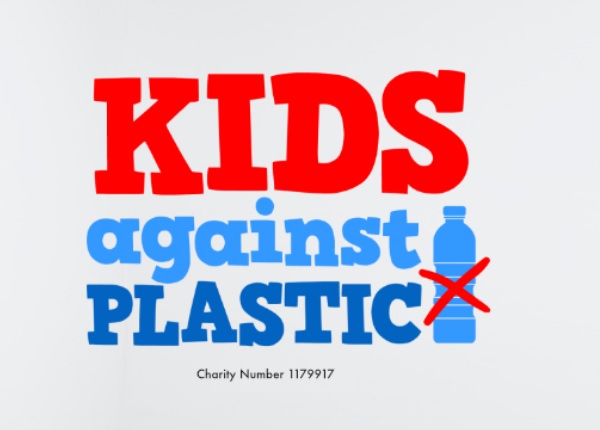 That brings us to now. We’ve picked up over 60,000 pieces of single-use plastic litter (and developed an app to log it!), done our own TEDx talk and gathered a team of incredible kids around the UK who are tackling plastic pollution. We’ve launched many more campaigns within Kids Against Plastic, as part of which we’ve made over 50 cafes, schools, businesses, festivals and even councils Plastic Clever. It’s been an amazing journey, one that we could never have anticipated when we picked up that first piece of plastic, or said the first line of our first talk.

But this campaign isn’t just about us. This is our story, but now we want you, your friends, your family, everyone, to join a movement of people that are breaking their plastic habits and lobbying for change. After all, if we want change to happen, we have to make it happen.

And that’s exactly what we’re trying to do.