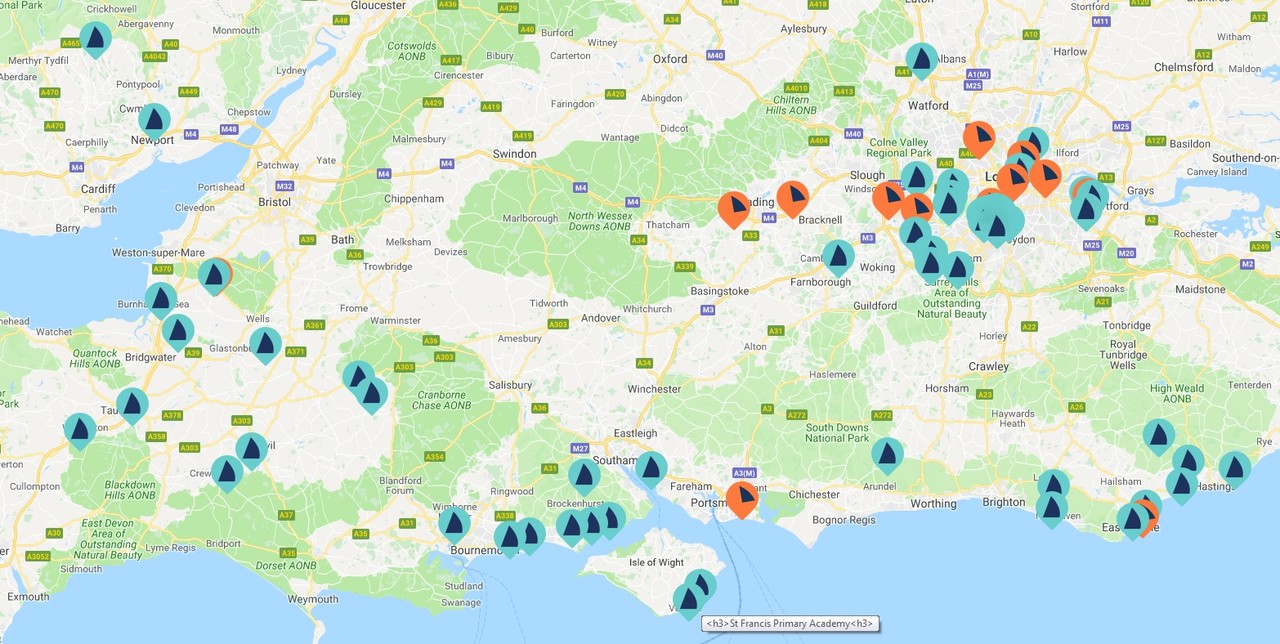 Over 6,000 primary school pupils at schools across the country are taking part in the Plastic Bottle Boat Challenge. The pupils’ aim is to set a new Guinness World Record to highlight the impact plastic waste is having on oceans and the environment.

The Plastic Bottle Boat Challenge is an attempt to set a Guinness World Record for the simultaneous launch of a flotilla of plastic boats. The boats will be made out of recycled plastic bottles by primary school children across the country. The boats themselves will then be recycled after the attempt has been made, showing the importance of reusing and recycling materials.

The Plastic Bottle Boat Challenge is intended to demonstrate the impact that plastic bottle waste can have on the environment. Participating schools have access to a hub of resources for teachers to support learning centred around the issues of plastic pollution in the oceans, the environment, recycling and the circular economy and all educators are invited to contribute or use the resources available to support their school’s curriculum.

The idea for the challenge originated at Queen Mary Sailing Cub, in West London, hoping to connect with local schools and has now been supported by the Heathrow Community Fund’s Communities for Tomorrow grants programme. A grant of £17,000 was awarded to enable the production of a website to scale the project nationally and it has.

The Guinness World Record attempt follows a similar attempt achieved, in the development of the project, by the pupils at St. James' Church of England Academy in Bournemouth, with the support of the Queen Mary Sailing Club.  330 plastic bottle made boats were successfully launched, officially setting a new world record, and recycled. What began in one school has now been taken up (at the time of going to press) by over 60 schools, with almost 6,000 pupils and over 300 teachers involved.  Organisers are anticipating many more to follow.

“I’ve been thrilled by the huge response we’ve had to the Plastic Bottle Boat Challenge, with schools up and down the country asking to take part. Young people in school today will bear the brunt of the future environmental impact of waste plastic, so it’s essential that they learn to take responsibility for their own plastic use.  We have seen first-hand how passionate the children become about this subject when they really see the consequences of our actions.”

The Guinness World Record Attempt is taking place on Wednesday 27th June, 2018 at 14:00 BST. Simultaneously, at multiple locations around the country, thousands of plastic bottle boats will be launched, retrieved and recycled.

Tony Bishop, Club Secretary at Queen Mary Sailing Club said ‘It’s overwhelming the amount of support we have received for the challenge, the response from schools and teachers has been fantastic. Sign up will remain open right up to the day of the attempt and there is a great team behind the challenge to support anyone wishing to get involved’.

RYA Director of Sport Development Alistair Dickson added: “We’re really excited to be supporting the Plastic Bottle Boat Challenge which is a fantastic way to educate young people about the impact of plastic pollution on our oceans and the environment and inspire them to help make a difference.  We are also delighted that this initiative is linked into the RYA’s OnBoard programme which means these students will be given the chance to discover sailing and windsurfing for themselves, undoubtedly leading them to become the next generation of ocean guardians”.

Schools across the country are invited to visit the website at www.plasticbottleboatchallenge.com and sign some or all of their children up for the attempt on June 27th this year.