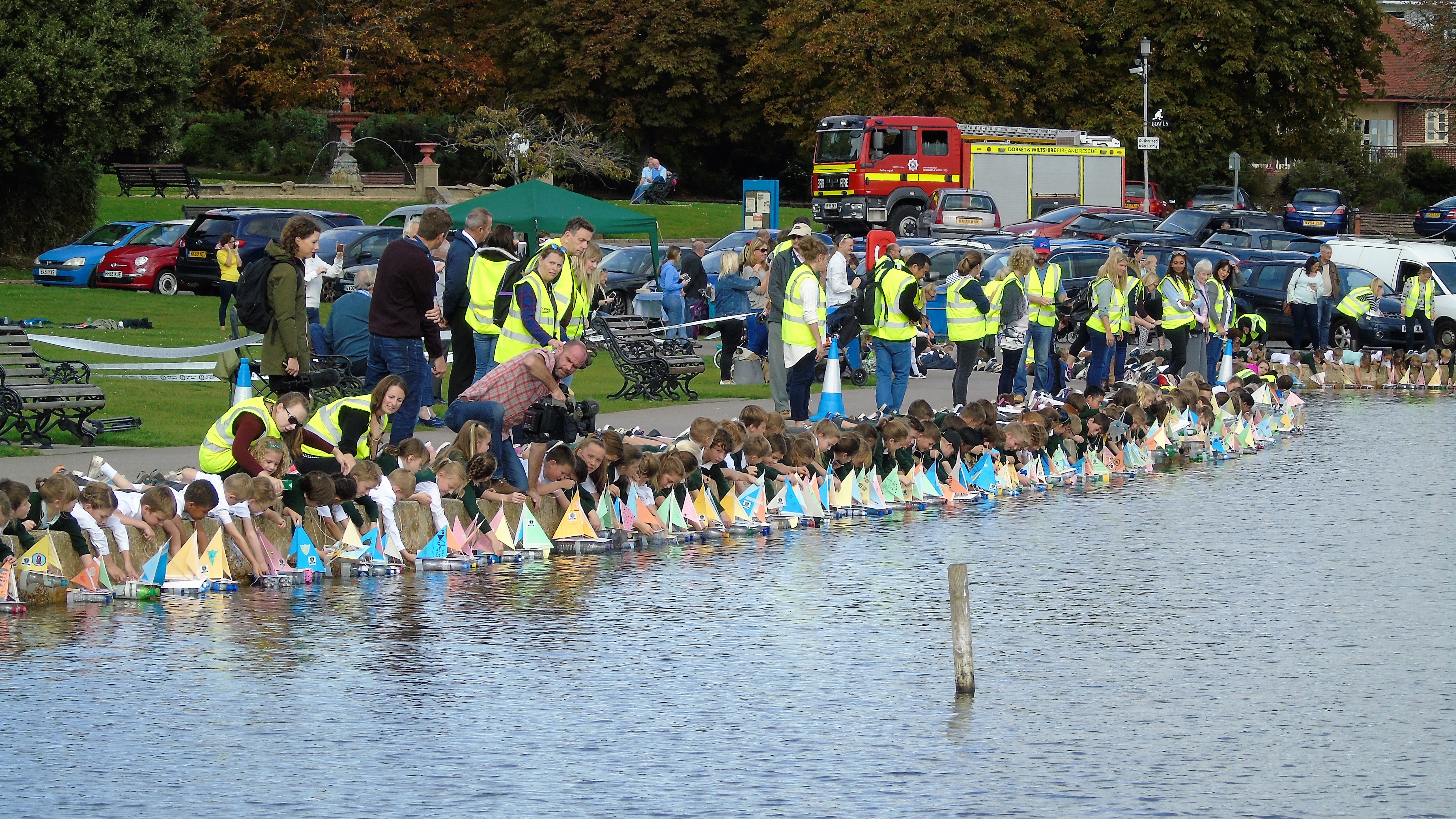 Pupils at St. James’ CE Primary Academy in Bournemouth have recently been declared Guinness World Record holders. The children achieved a record for the most plastic bottle boats launched simultaneously.

The world record plastic bottle boat launch was intended to demonstrate the impact that plastic bottle waste can have on the environment. It was carried out as part of pupils’ lessons about the issues of plastic pollution in the oceans, the environment, recycling and the circular economy.

To support this learning the children built boats made out of recycled plastic bottles which they then simultaneously launched on the lake at Poole Park to attempt the world record.  After the attempt, all the boats were taken out and recycled in a Poole Council recycling lorry so that the children could live the experience of reusing and then recycling the materials.

330 boats were successfully launched and in late February Guinness notified the school that they had officially set a new world record.  The announcement was shared with the children live in the school playground and a film of the big moment on the school’s website and Facebook page has since been viewed more than seven and a half thousand times. The viral video is available here: https://www.facebook.com/stjamesprimaryacademy/videos/1986976171570949/

“This is a brilliant outcome for everyone.  It validates the hard work and effort from all children and adults in the school who pulled together, developed a passion for the important global issue of plastic pollution and raised their awareness of the role that we all have to play in looking after the future of the planet.  We’re incredibly proud to say that St. James’ Academy now holds a World Record!”

Following this successful attempt in a single location, St. James’ is now leading a national and international attempt to set a world record in multiple locations.  Schools across the country are invited to visit the website at www.plasticbottleboatchallenge.com and sign some or all of their children up for the next attempt on June 27th this year.

So far nearly 3,000 children are participating with the organising team anticipating many more to follow.  The website intends to become a hub of resources for teachers to support learning centred around the issues of plastic pollution and all educators are invited to contribute or use the resources available.